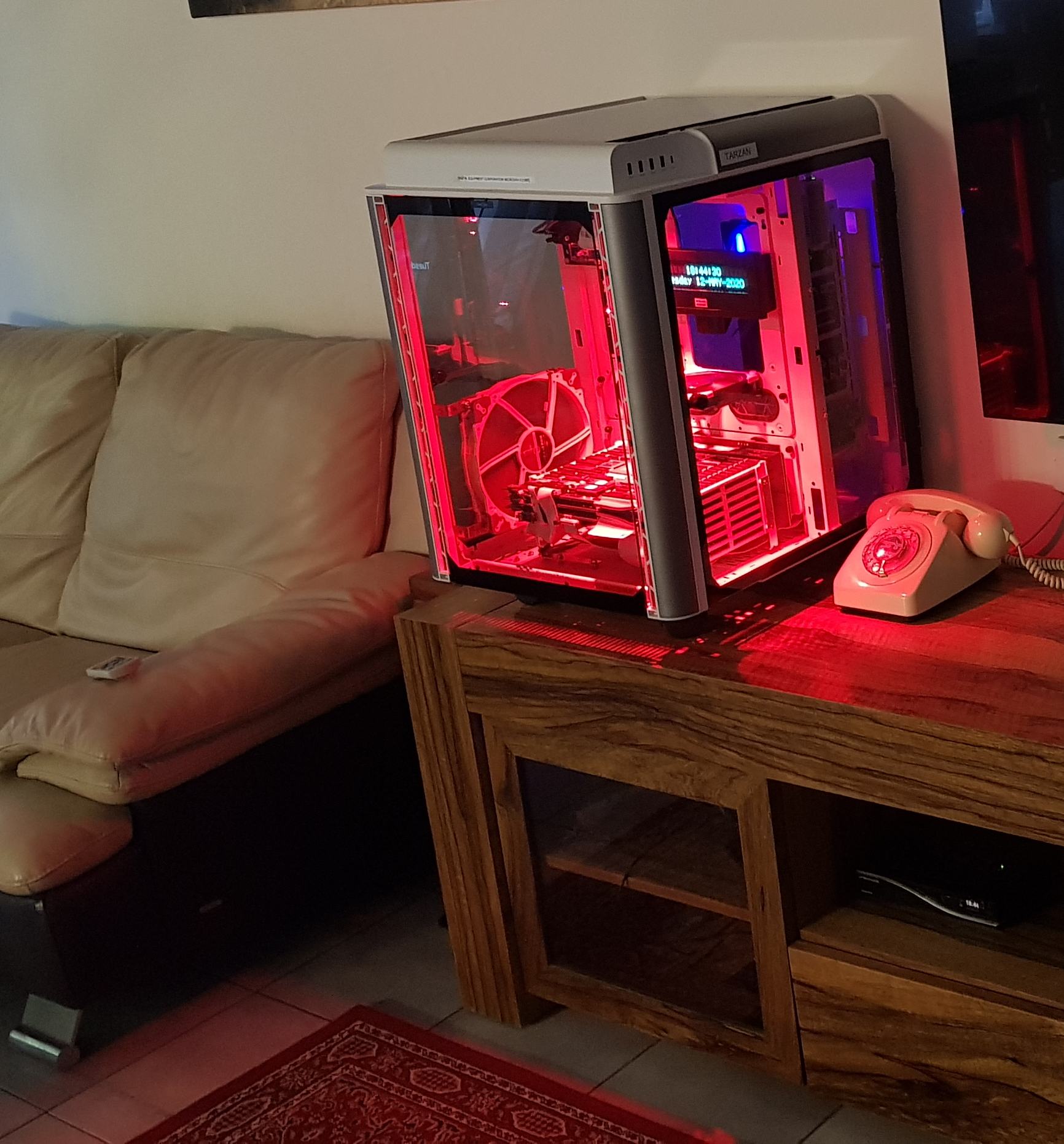 For years I wanted to have a MicroVAX II that would be livingroom-friendly, i.e. quiet and nice to look at.After about a month of construction, two power supplies, three custom PCBs and six quiet fans, the homebrew MicroVAX II is ready.

For my “Hombrew MicroVAX II” project, I have designed and built a custom side panel board, which includes* A Direct replacement for the DELQA cab kit (70-22786-01) (dual – can connect to two DELQAs)* Two DHV11 cab kits (similar to H3173-A, CK-DHV11-XX)* Space for a FUNCT/SEL SLU Module * Drivers for front panel external LEDs…

IIS (Intelligent Information Systems Limited, NASDAQ: IISLF) was an Israeli company based in Haifa, that during the late 80’s/early 90’s designed and sold (among other things?) dumb terminals. The company went into liquidation in 2004 and ceased operations around 2007. The terminal found is a model 12250, manufactured in October 1990.