IIS (Intelligent Information Systems Limited, NASDAQ: IISLF) was an Israeli company based in Haifa, that during the late 80’s/early 90’s designed and sold (among other things?) dumb terminals.

The company went into liquidation in 2004 and ceased operations around 2007.

The base of the terminal houses the main board and connections for a keyboard, a parallel printer, and some coax communication port (IBM 3270 proprietary, or SCS Coax?), and a female DB15. This DB15 connects to a 15-conductor cord protruding from the back of the terminal CRT, where all the analog stuff happens. 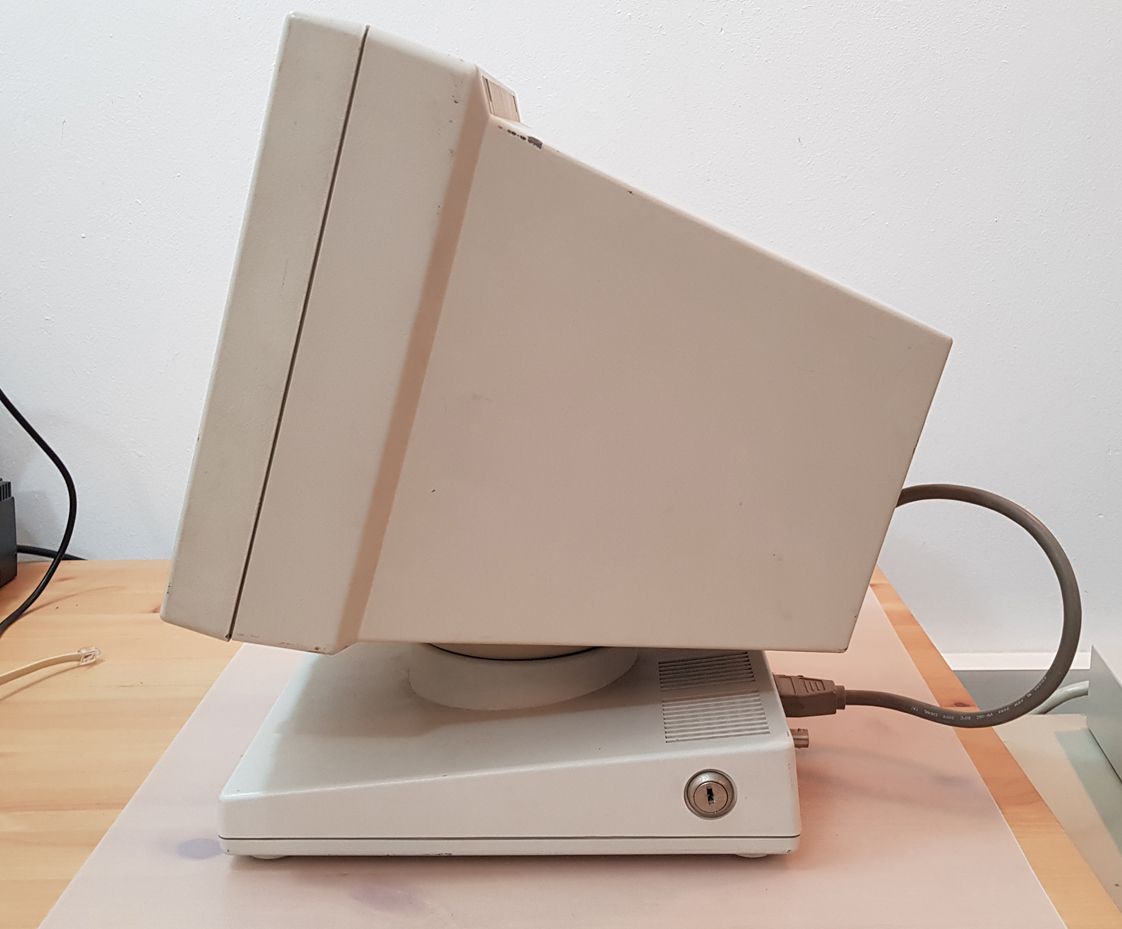 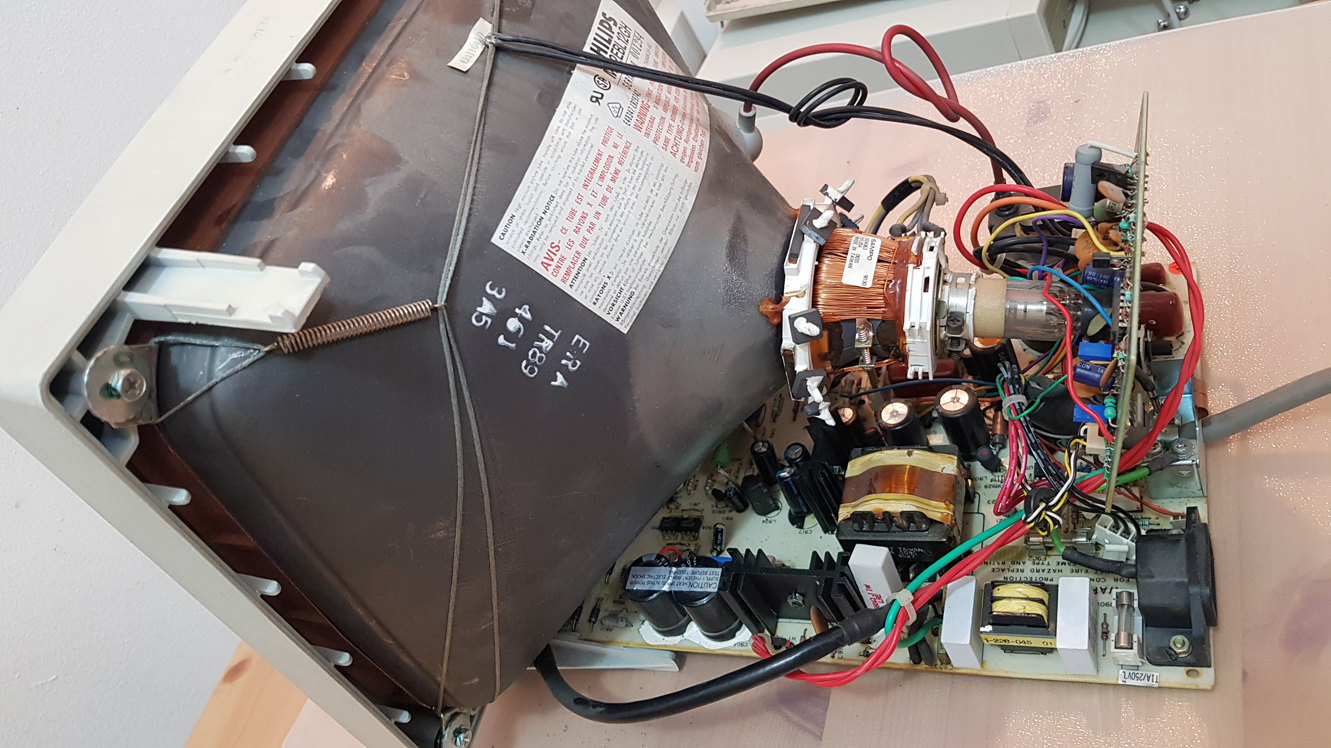 All its PCBs are missing any manufacturer marks, model numbers or any other information to help find out anything about them.

It does not power up, and the local repair shop failed to fix its power supply.
However, supplying 5V directly to the base, it seems to spring to life. Consuming about 1.5A, it emits a very brief click, and it is clearly working – sending a 70Hz V-SYNC signal, an H-SYNC signal, and a ~34KHz video signal to the DB15 connector.

Current aim – to hook it up to a VGA monitor, see what it has to say.