I have designed and built a replacement for the original MicroVAX II (KA630) CPU patch panel, also known as the “FUNCT SEL/SLU MODULE”.

The new board is based on a PIC microcontroller, that drives a 5X7 LED matrix display and indicator LEDs, handles two user pushbuttons for setting MODE and BAUD, and provides the appropriate signals to the KA630 CPU.
Settings are saved in the microcontrollers’ non-volatile memory and immediately restored at power-up.

Two DB9 serial port connectors are provided, a male DB9 which is identical to the original connector, and a female DB9 with a modern PC pinout, to make life easier. Either one can be used.
A slide switch is used for setting HALT_EN.

A battery header is provided, for connecting an external NiCad battery pack, but it is much, much better to use the Lithium Ion battery board I have designed instead.

For simplicity and to lower costs, selecting the LOOPBACK mode requires physically shorting (jumper) together two pins on the PCB. Not a very often used feature, so not a serious limitation.

The design is based on a microcontroller and pushbuttons, and not a copy of the original board, for a couple of reasons. The original hex display part is long obsolete, and suitable mechanical switches, while still available, are ridiculously expensive compared to the alternative.

Photos below. All project files have been placed on github. 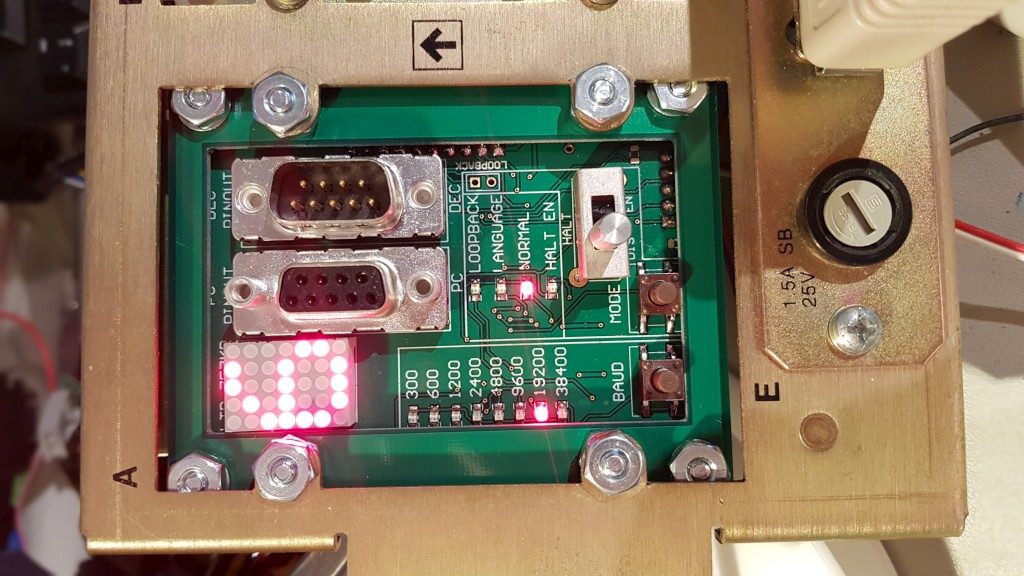 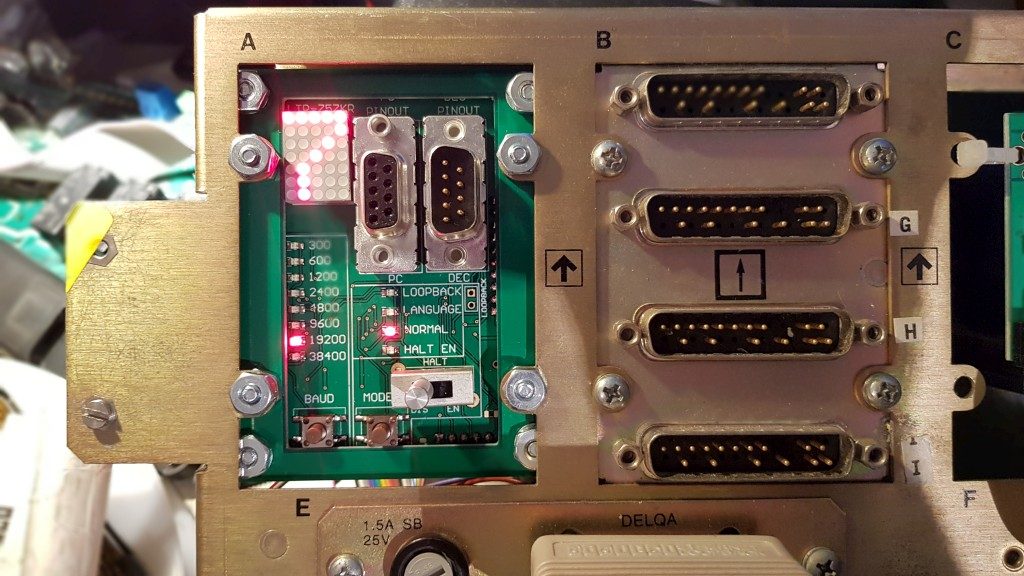 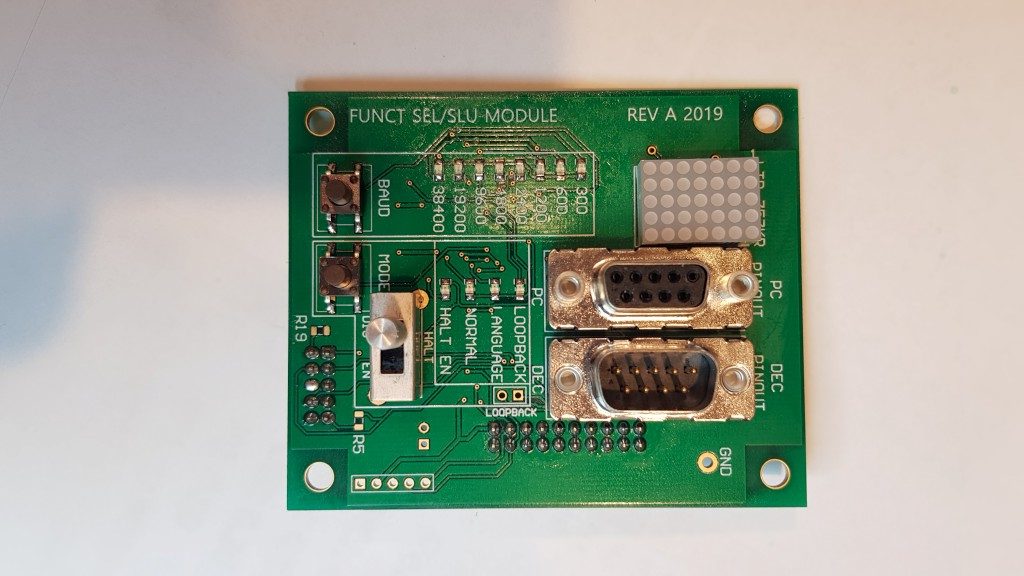 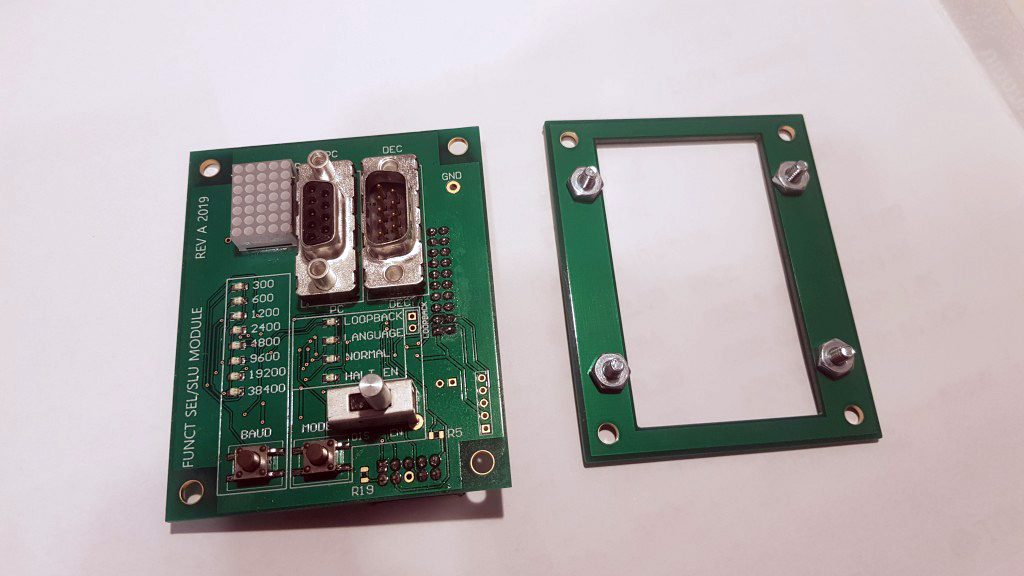 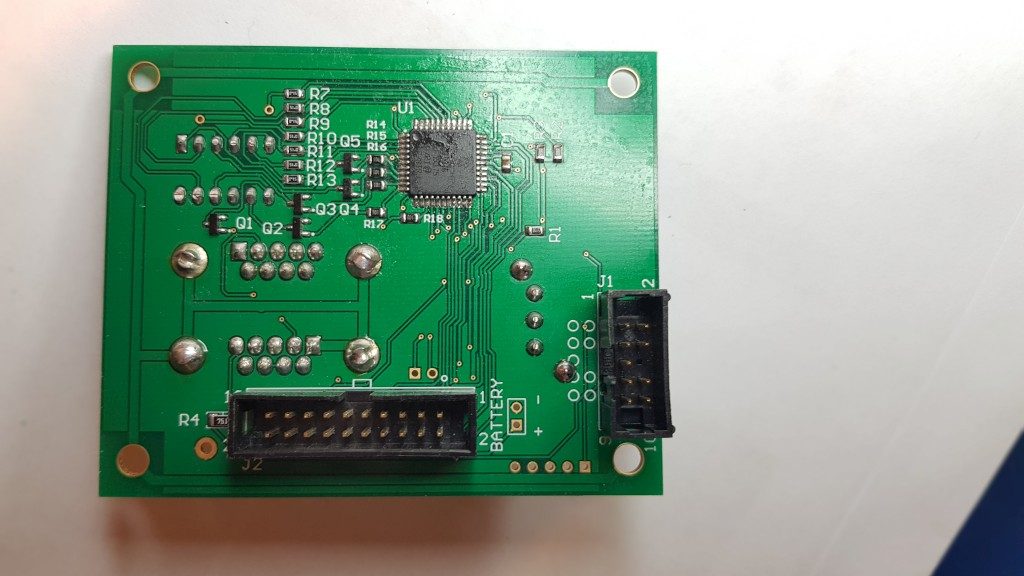 JANE the MicroVAX II is Here!

TOY Battery Board – Rev B

(Note:MicroVAX II hosted site is only available over IPv6)