The picture would not be complete without a look at the MicroVAX I, the II’s predecessor. It is said that its development started after that of the MicroVAX II, and it was finished and released before the MicroVAX II, thanks to computer-aided design.

At a whopping 0.3 VUPS, anyone in their right mind would try to avoid running this machine at any cost.

Codenamed “Seahorse”, released in 1984, painfully slow, and quickly replaced by the MicroVAX II.

Its CPU (pictured below) spanned two QBUS boards: The M7135 MicroVAX I Datapath, and the M7136 MicroVAX I Memory Control Module. 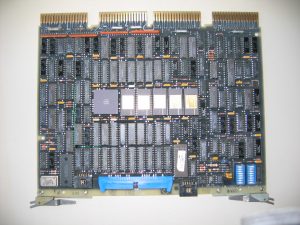 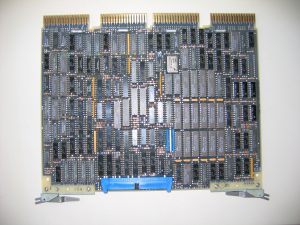 The CPU came with its own bulkhead and pocket service guide, and a set of manuals and utility floppies. 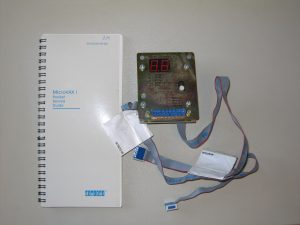 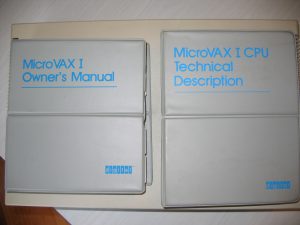 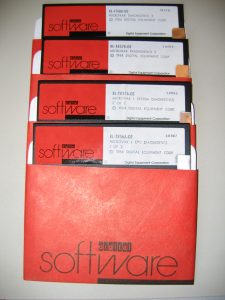 Unfortunately, none of my SCSI controllers are compatible with the MicroVAX I, as apparently it lacks “scatter/gather DMA” support. So This machine currently waits for a QBUS cage where it can be installed with suitable memory and a QD21 ESDI controller, and an ESDI disk drive.