In case you have a DECSERVER 200 with old squeaky fans, and at the same time you’re wondering what to do with old CPU fans hanging off your pile of computer junk, consider this.

First of all, you will need to take your Decserver 200 apart – easy enough, just remove the four screws sitting holding the rubber feet.

Then, open the brass cage – four screws on each side must be released, as well as a couple on the top and the rear.

Release two screws and take out the bracket holding the two 80mm fans – it should look like this: 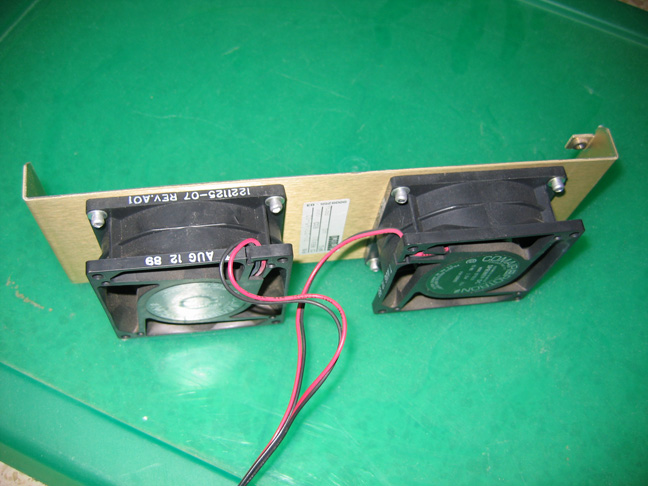 The fans are riveted in place. The rivets are not hard to remove using a small plyer or wire cutter. 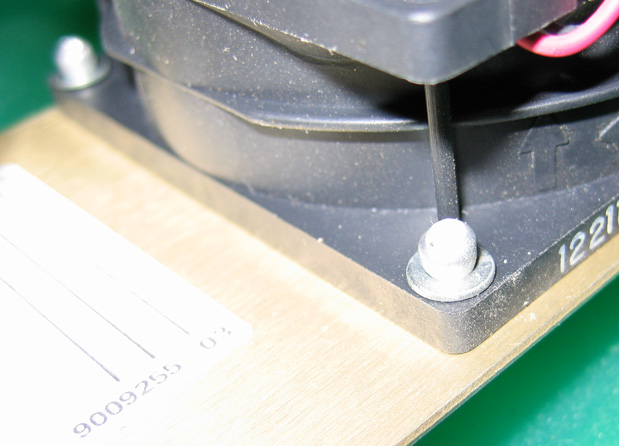 Next, remove the CPU fans from their original Pentium heatsinks, and chop off any protruding bits of plastic so you can mount them using cable ties. I didn’t worry about gaps or exact alignment with the original hole, as the two fans are probably an overkill for the Decserver anyway. 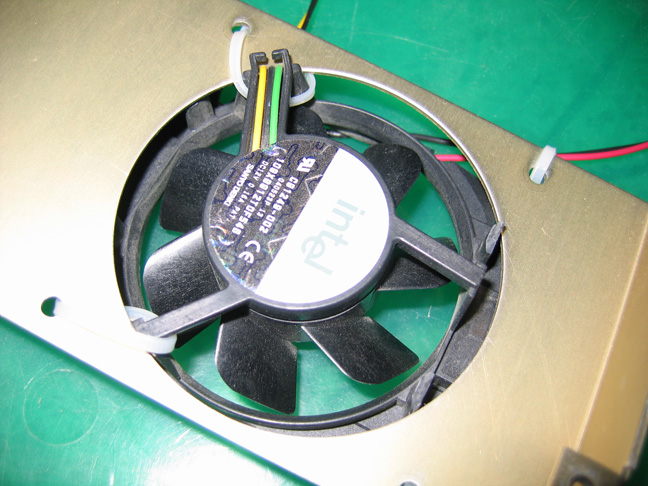 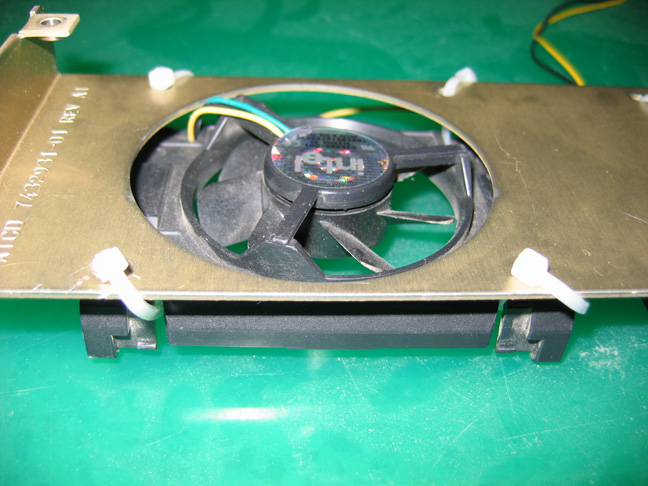 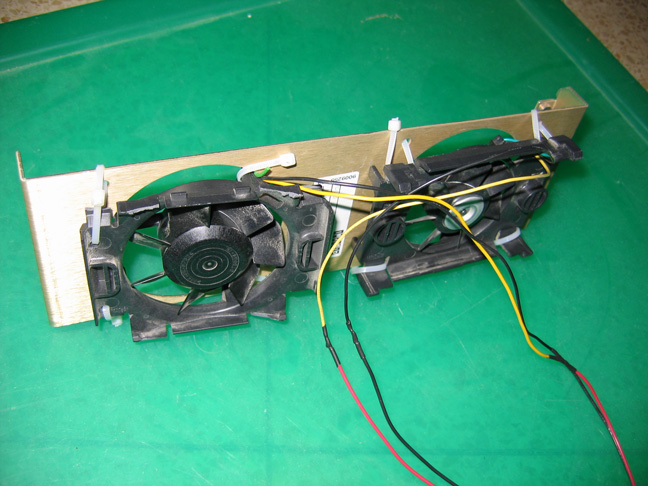 Next, re-connect the bracket to the enclosure (2 screws),plug the two original connectors back into place, and your’e done. 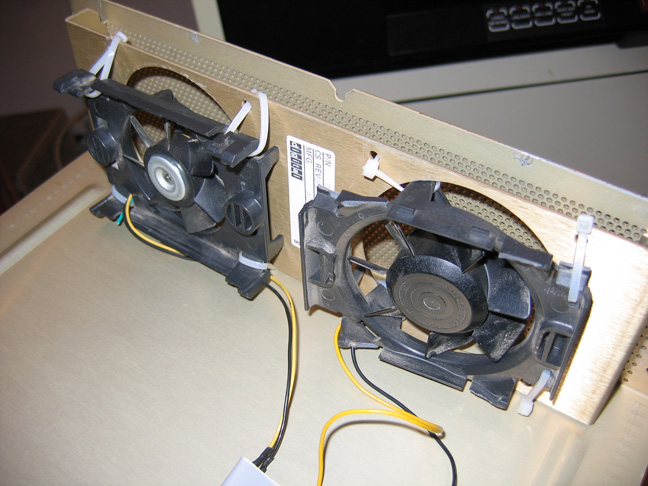 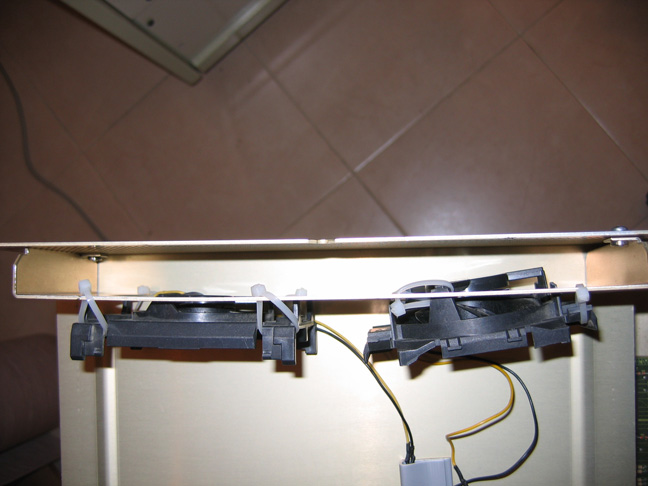 Power up the Decserver 200, and make sure the fans work. Now you can enjoy a two-CPU acceptable noise level, instead of that horrible grinding rumble. It is also nice to see a 68000 Motorola CPU doing such a nice job after all these years, which is more than can be said about the Intel CPUs from which the fans were removed. 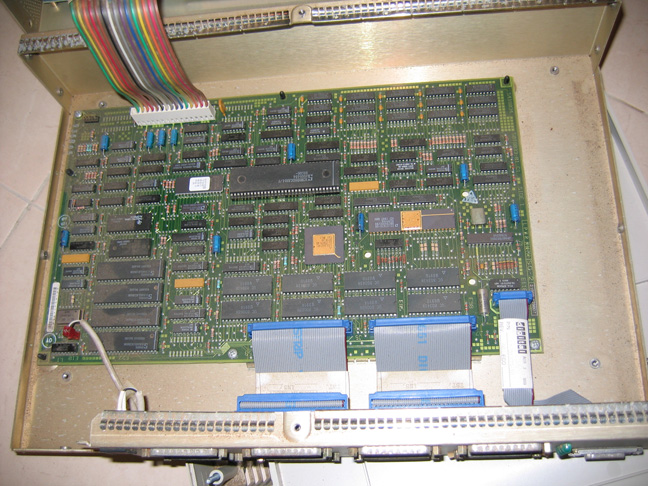