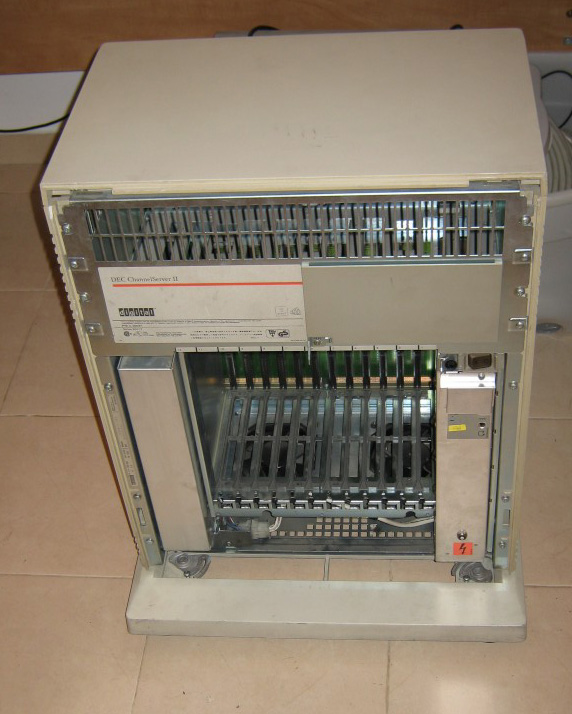 I decided to resurrect it and bring it to life as a good MicroVAX, either a MicroVAX II or a 3900, which I guessed would involve fixing or replacing the power supply.
However I came to the conclusion that a repair is not worth it, and buying a used one is no good either, as it can go bad at any moment (as they say in spanish, la muerte acecha en todo instante). 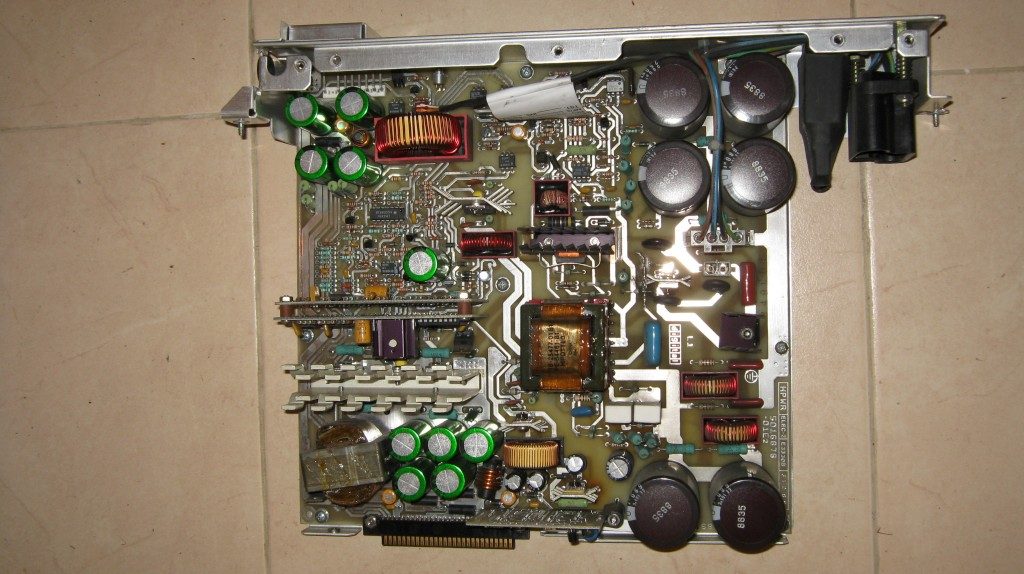 So I have decided to perform surgery on the dead power supply, and replace its innards with two modern Cincon open-frame switching power supplies, for 5V and 12 V @ 200 Watts (p/n CFM200S-050 and CFM200S-120).
The Cincon modern power supplies offer the “AC OK” and “DC OK” signals (known on the QBUS as BPOK and BDCOK), +sense and -sense inputs, and remote power-on (a feature I was not going to use),
First problem I encountered, was the now-extinct edge connector, TI P/N L2111121-28, which is nowhere to be found. 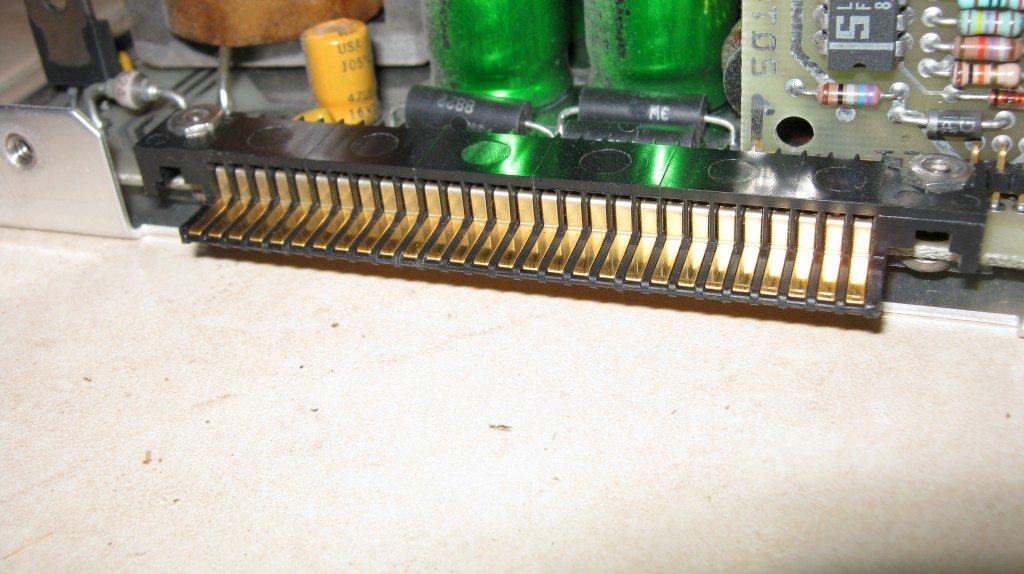 So in order to keep things simple but still use the existing connector, I decided to do double surgery – removal and transplant.
The section of PCB that carries the edge connector will remain, held in place by as many of the original screws as possible. 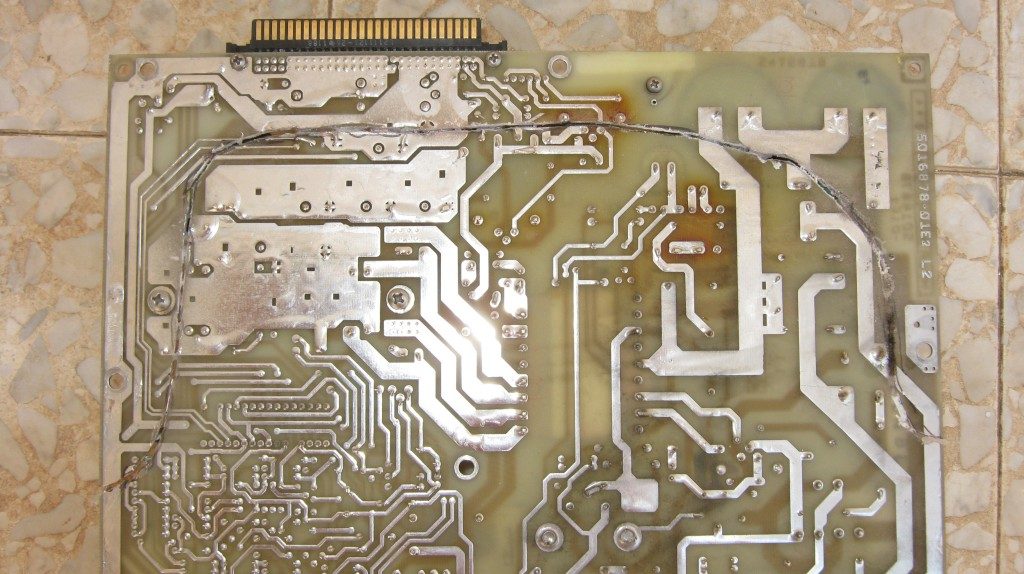 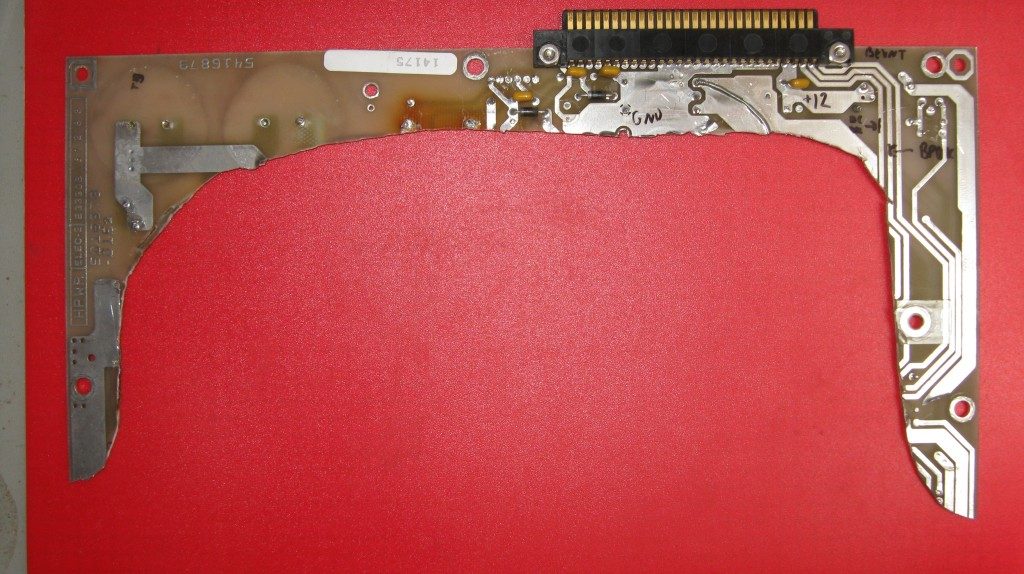 First, the two Cincon power supplies were mounted on the aluminum chassis, the 5V one closer to the edge connector so as to keep the wires as short as possible. 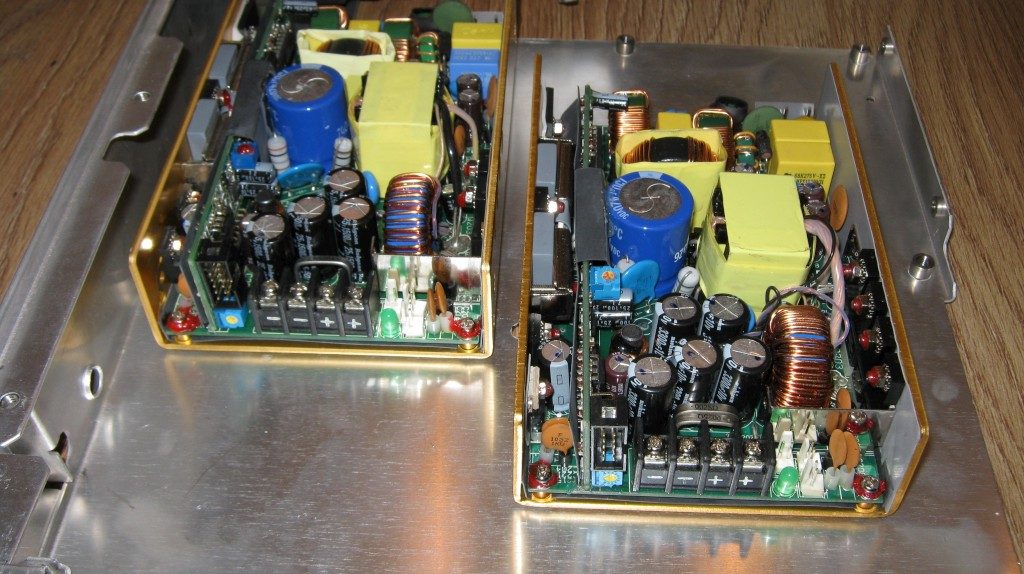 Wires carrying the 12V 5V positive and negative were soldered directly to the leftover copper planes near the edge connector: 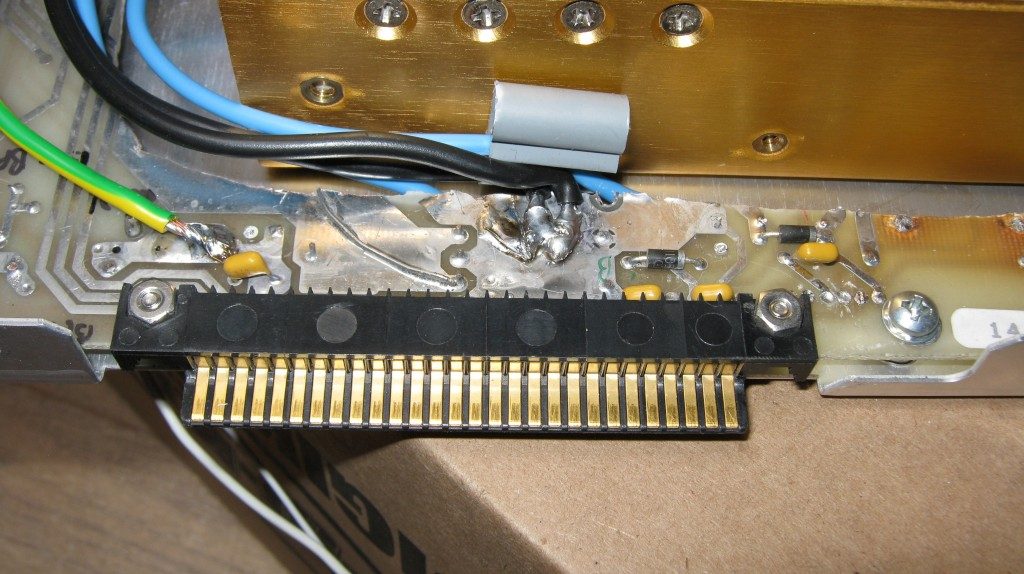 The photo below shows most of the wires in place, including the high voltage input lines split into two connectors.
Two panel lamps, red and green, were fitted to indicate the presence of +12V and +5V.
For proper operation, the +sense and the -sense inputs of the 5V power supply must be connected as well, to a point as close as possible to the edge connector. 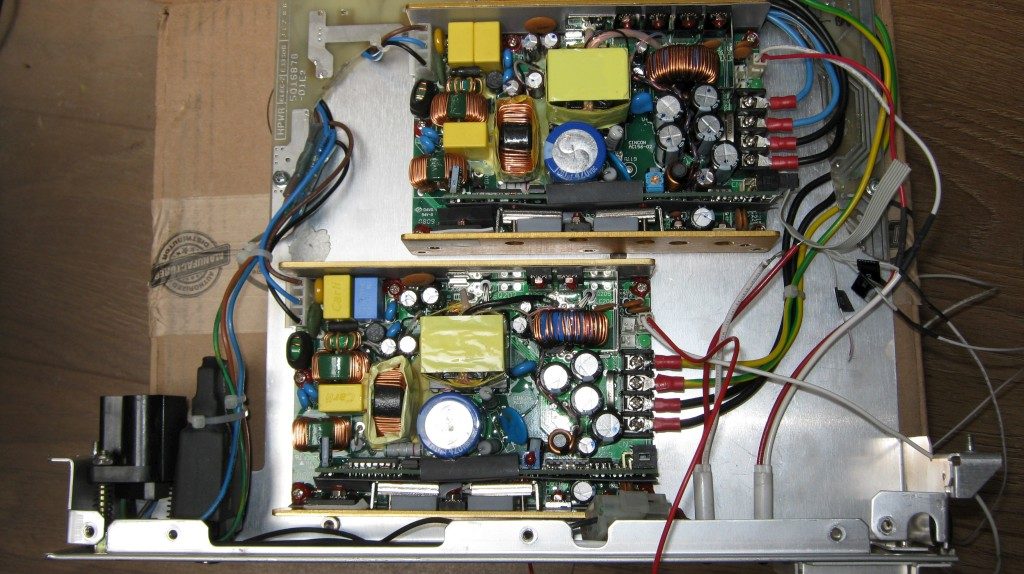 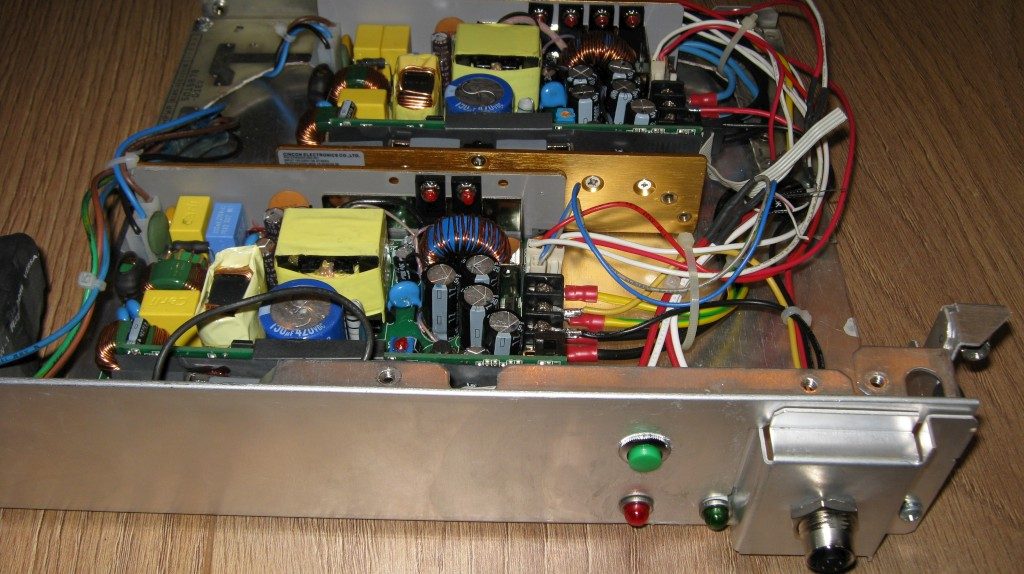 The final addition was a “RESET” pushbutton, which simply forces the BDCOK pin of the edge connector to ground. 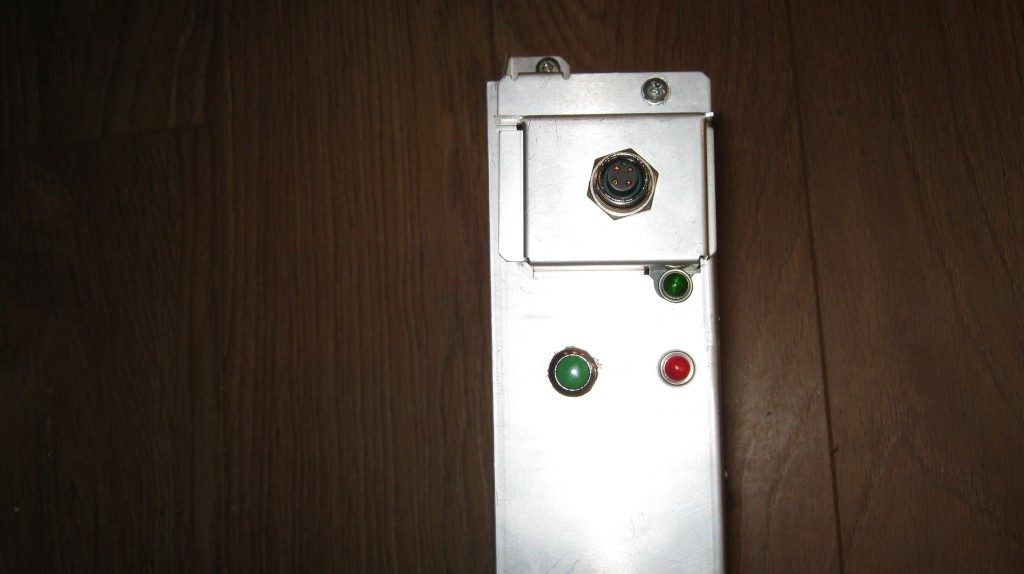 Here the various parts of the new H7868-B power supply are indicated: 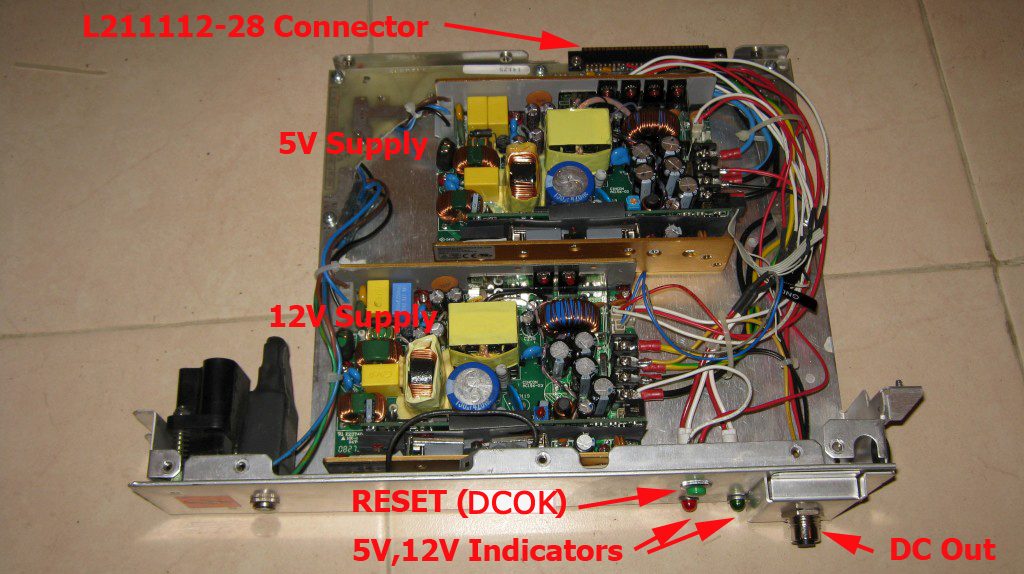 This was also a good chance to get rid of the two original fans, one of them with very obviously worn-out bearings. 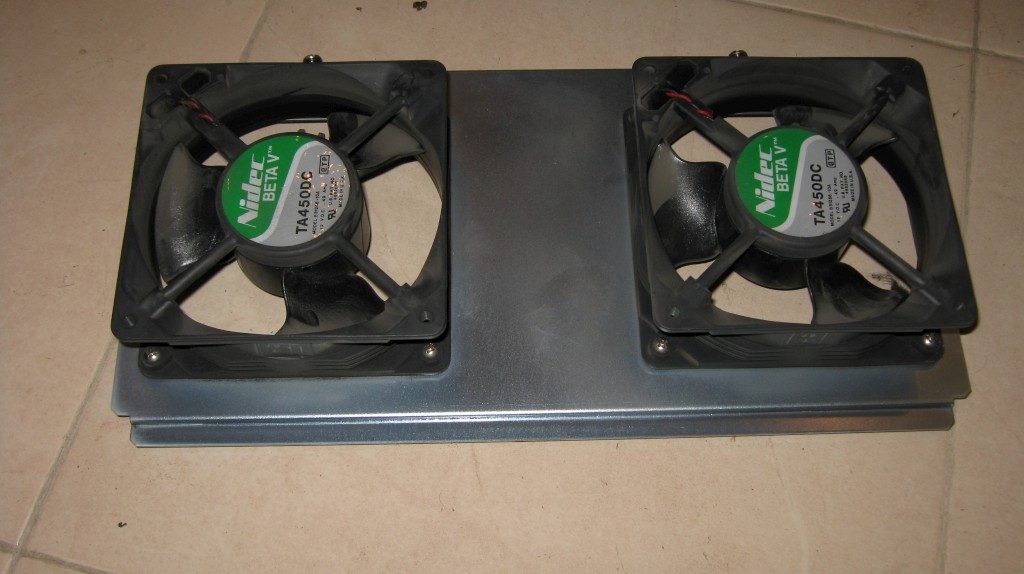 I replaced them with two modern 120mm 12VDC fans, salvaging the two special fan connectors to make the connection as similar as possible to the original one, saving the hassle of cutting and modiying the original BA213 looms: 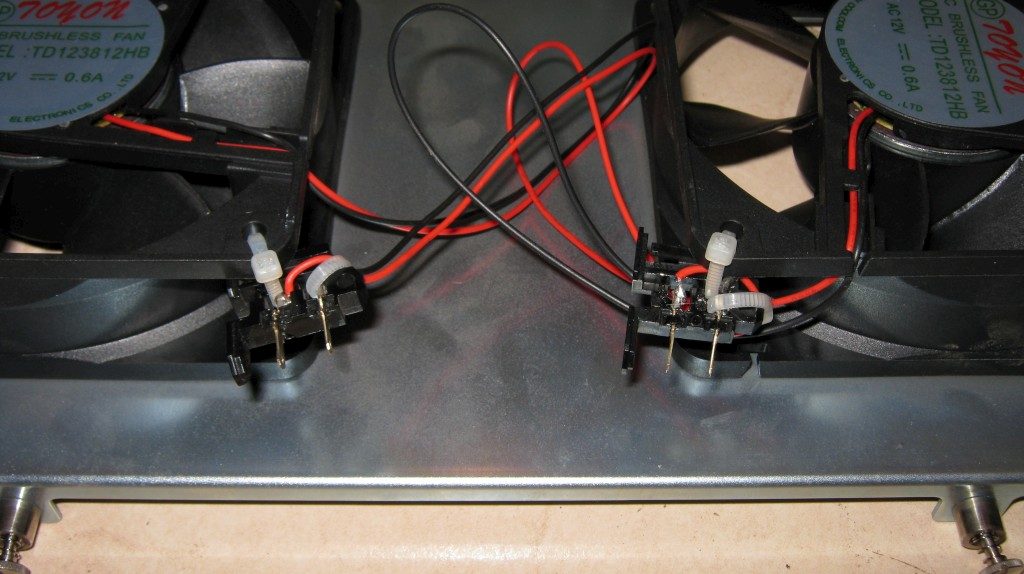 The original (KA655) CPU bulkhead has the exact same connection scheme as a MicroVAX II, so it was also salvaged and used as-is.
The BA213 is now working and populated with a KA655 CPU and 48MB of RAM, and a SCSI2SD adaptor tied to a UC07 SCSI disk/tape controller. It is running OpenVMS 6.1